When talking about Replica Rolex daytona 116500, you guys must know Noob and AR factory, the two factories almost occupy all market share of Daytona, I also introduced Daytona watches from them before, they are really good timepieces that can even be compared with genuine. When need a Daytona, you have two choices, purchase from Noob or AR factory? Sometimes it is hard to make such a decision, today, I am willing to help you to make a right choice. After National Day holiday, I write this guide will help you pick a better Daytona replica watch between Noob and AR factory. 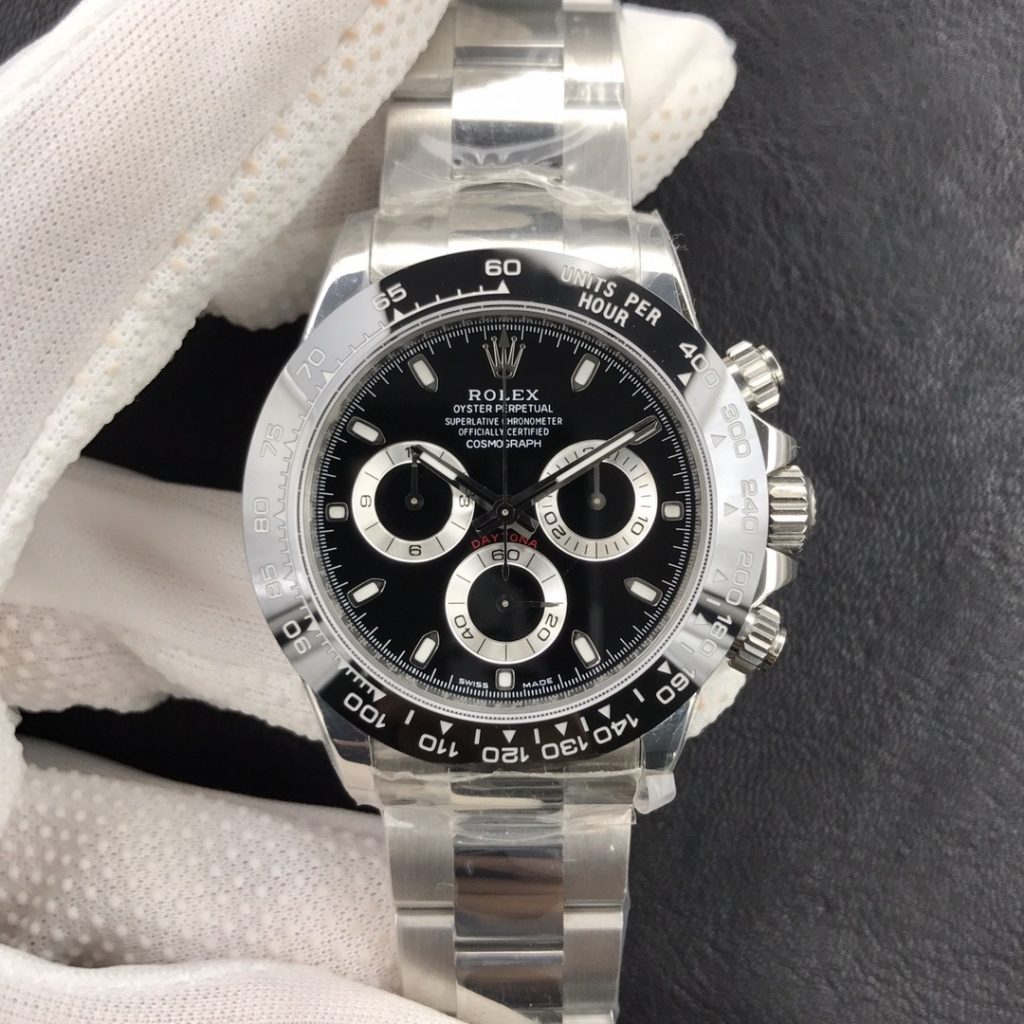 Both Noob and AR factory almost have the same collection of Daytona models, here I will take Replica Rolex Daytona 116500 for example, currently it is the most popular Daytona replica watch, every body wants to own one. 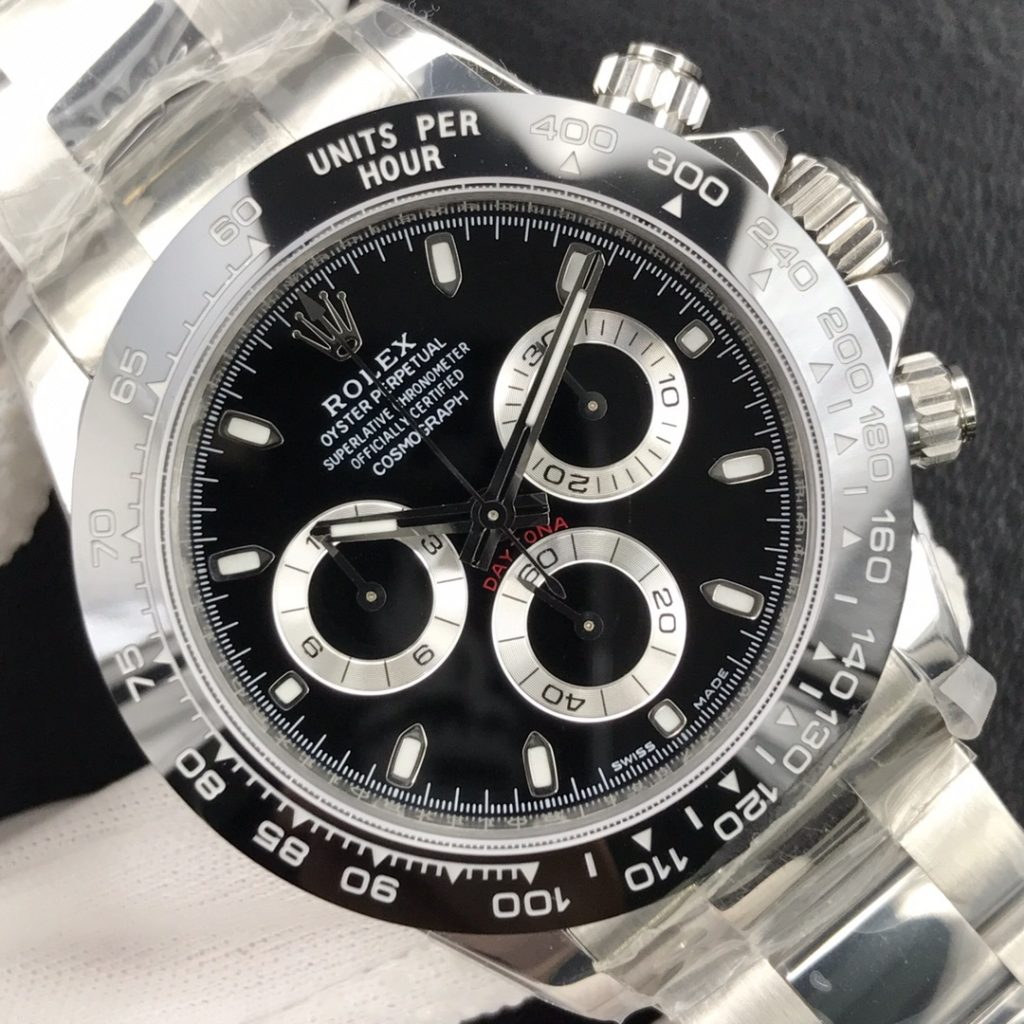 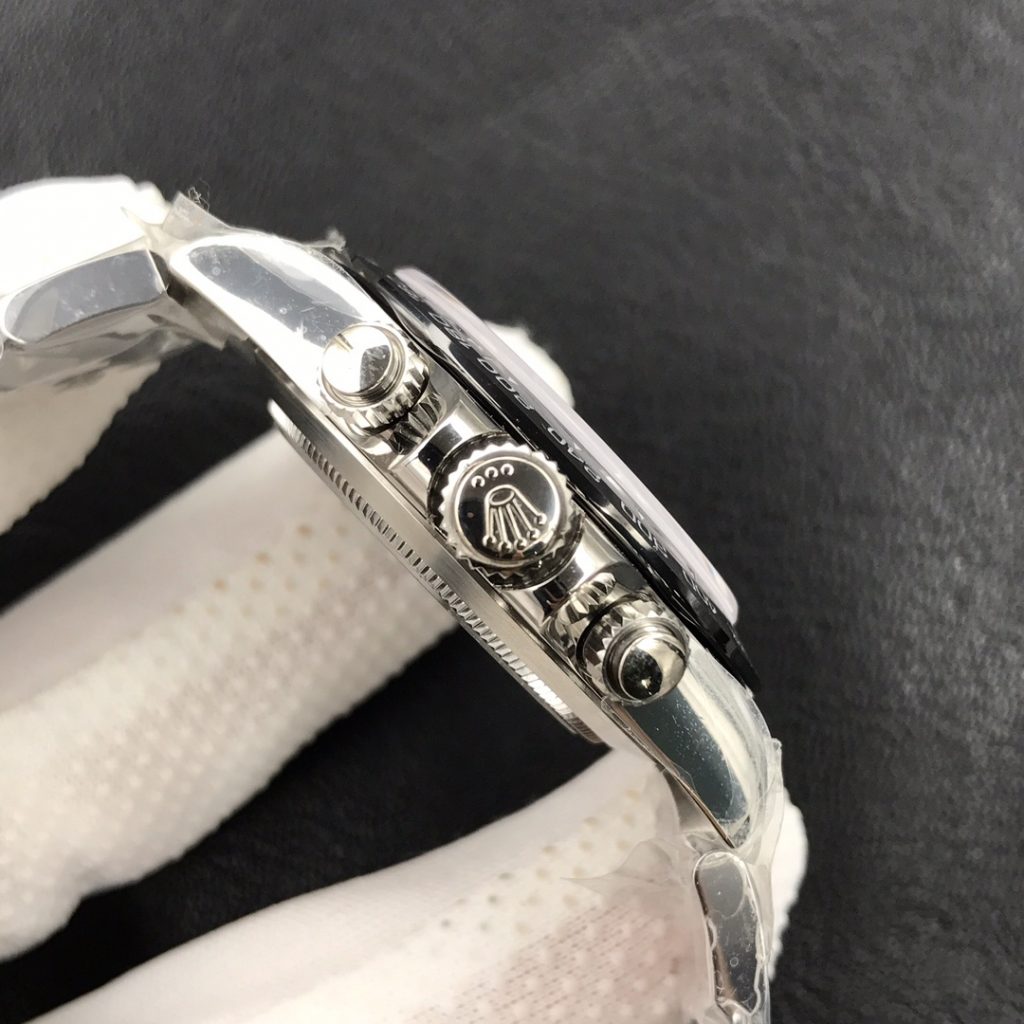 I vote for AR factory. Actually both factories have flaws on the ceramic bezel. First, Noob makes the bezel markers in correct thickness, while they are a little thick on the bezel of ARF Daytona. Second, on some markers of Noob, the coating will fade, but this will not happen on ARF Daytona. 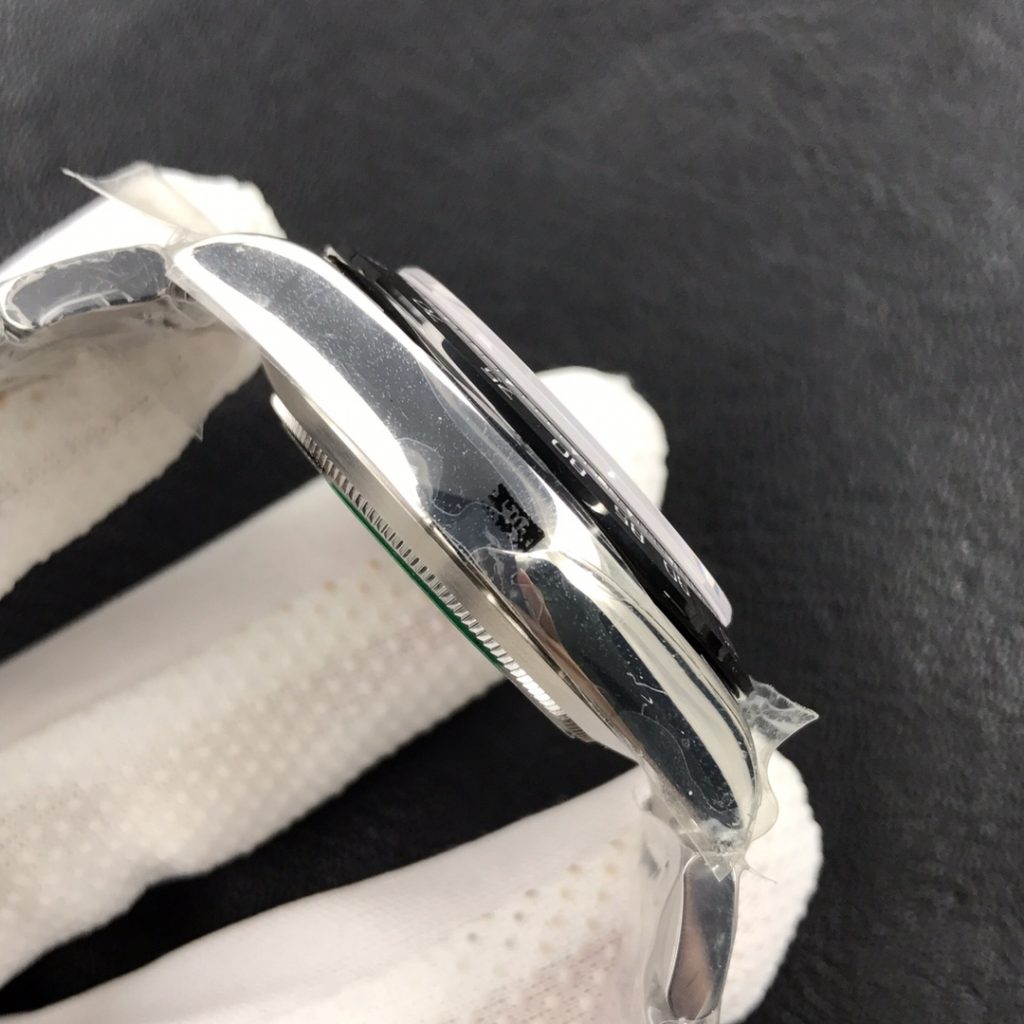 Noob is better. In my previous posts, I said more than once that replica watches made by Noob are famous for their exquisite dial details, so are Noob Daytonas. On the dial of ARF Daytona, there is a big flaw, that’s the small dials at 3 o’clock and 9 o’clock, they have no function, which means the small hands in the two subdials are fixed, they do not move, even you start the chronograph, only the central seconds-chronograph hand works. 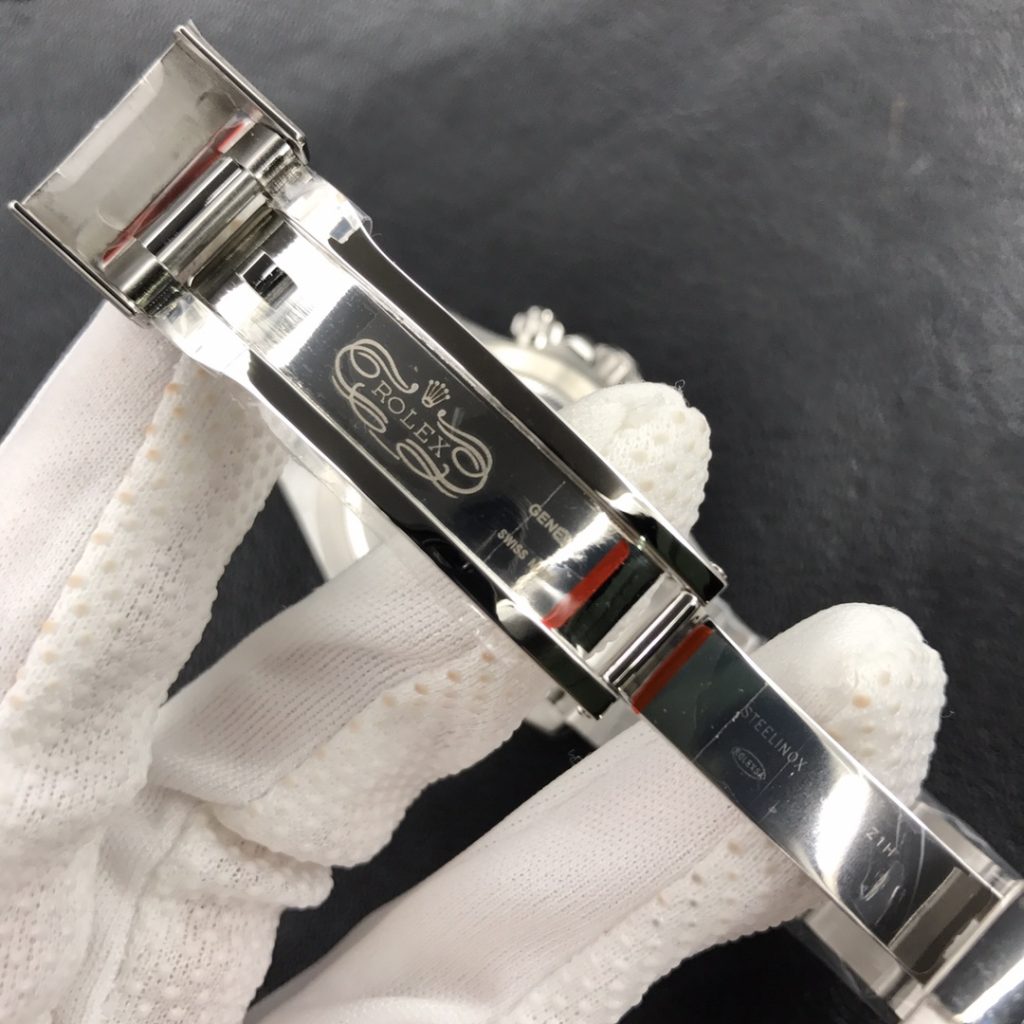 I vote for Noob. Both factories use 4130 movement, some people said that ARF 4130 is more stable, that’s not true now. I have two clients who bought Daytona watches from Noob in last year, now their watches still work well, very accurate. Noob 4130 movement has a full functional chronograph, while ARF Daytona does not have. About 4130 movement from both factories, if you do not use the chronograph too often, then the movement should be very stable. 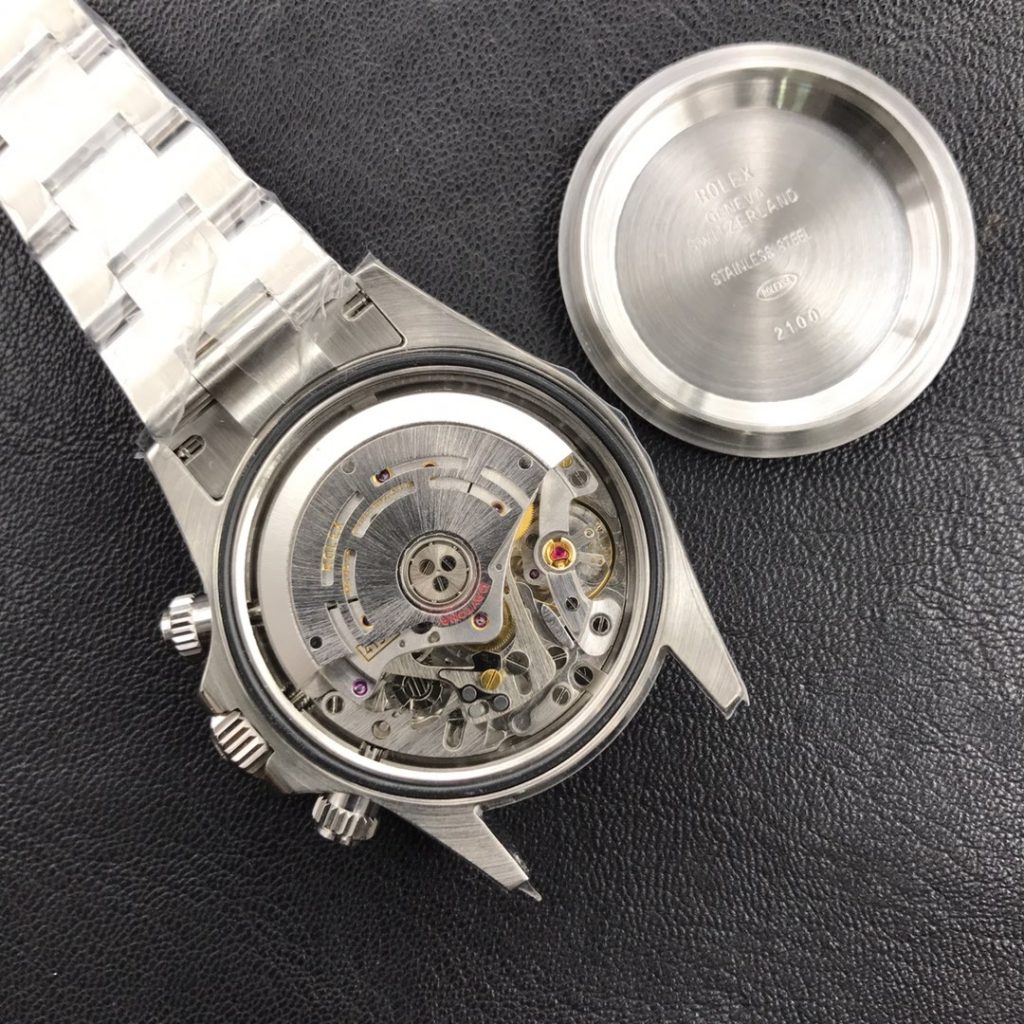 About the replica of Daytona 116500, as there is the newest V3 edition, and Noob has made a lot of effort in improving the case finish and movement stability, now is is really better than ARF 116500, also the price is also much higher. 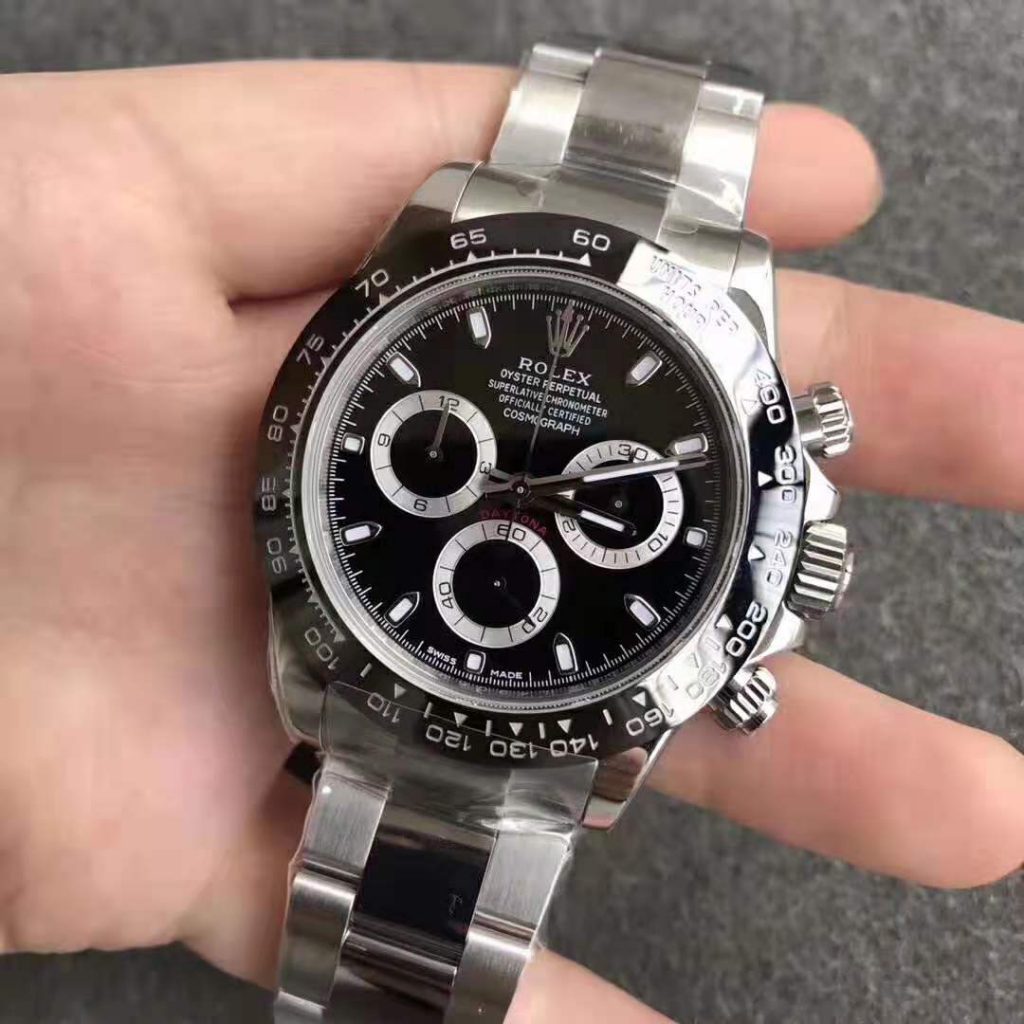